We took the bus yesterday afternoon to travel from the Luo Phong station to reach our hotel. Good god! We went through Chinatown. Listen, close your eyes and just imagine! You take an anthill, you replace the ants by humans: Chinatown you got!

It must be as large as two or three arrondissements of Paris. A wide central avenue, full of narrow streets perpendicular. It looks like the first page of Tintin in Blue Lotus. Go! Hold on! By visiting here!

Sidewalks are invested by the vendors of everything and anything. There's hundreds of jewelry shops (it must be a chain.) Behind vendors undercut their thirty-one, thousands of gold necklaces ... that should not be completely. And before the sellers, not a client. One can imagine how sellers must be bored but at least them, they have air con! But for others, those who are outside, it's not the same music! Sellers of dried fish, live fish, fighting fish, cats, dogs, monkeys, insects, fruit, donuts, donuts, fruit or fish! Flower vendors, true or false, hardware vendors, "everything for the kitchen, sewing, while for the toilet, just for decoration, for any religion, while for the computer, all for the gods, while for EVERYTHING! "

The bus window being non-existent, you benefit odors of the street. They reach you in strange ways: you pass the turn to old urine jasmine, the sweet fragrance of lotus flowers to the greasy filthy! 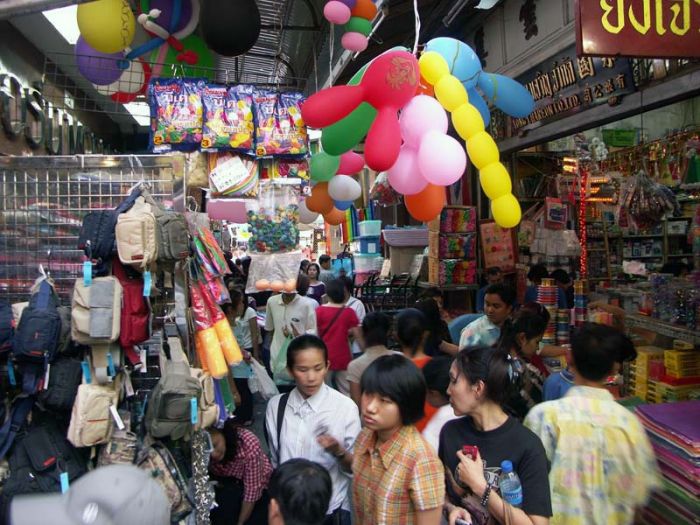 This is inracontable! The world that is beyond anything you can imagine. It comes, it comes out, it runs, it screams, it calls itself, it will yell, it laughs, it cries, and it eats and eats it. It slices the bacon in the middle of the flies, it's chasing the duck wanted to get the mail, seeing Robert (the knife) that runs after the catfish jumped out of the bowl, it runs after him that runs . Sell, sell, sell, eat, drink, eat, eat and eat again. We eat standing, sitting, lying down, walking on his bike, sleeping, running, riveted to the ear phones. It's hot. There are no pavements, there is even more floor. The man invested everything, man has spread, man has spread, it overflows, exceeds. We walk over each other, it crashes, it piles up. Those who pass among the cars are the craziest. Uncontrollable! Some must die crushed, trampled, destroyed. Here is the law of numbers that counts. The ant does not walk or to the slower or not as the fastest. Fastest because it does not exist here because it is not possible to go faster than the horde, the slowest because it is caught, trampled, eaten and digested. 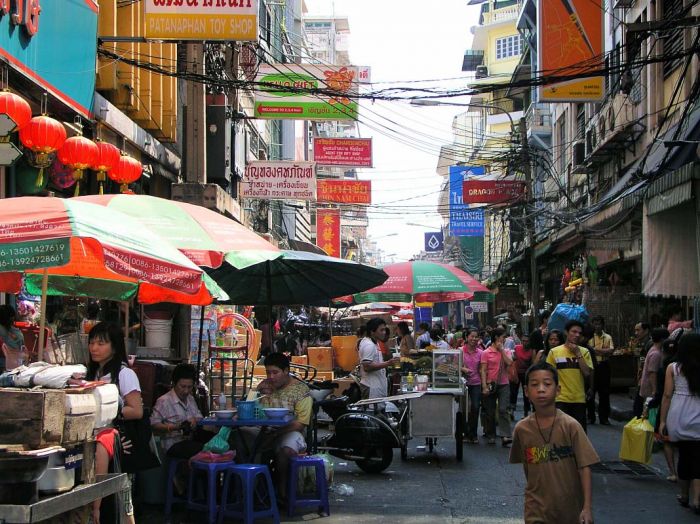 The disorder is required, the organization does not exist. Everyone goes where he can, as it can. He stops, eats leaves. And the ant is hungry, always. Adjacent streets puke thousands of other ants returning sometime in the main street. Those of the street sometimes occur in the streets, get lost. But where are they?

An old request from the fumaroles of incense, Buddha is awash in flowers and cigarettes, a child is washing hair between two motorcycles, the father gives the baby bottle, the mother cuts the fish, the uncle tried his luck in the lottery. Do we ever know? Is this the only way to escape from this hell? For it is hell. This is despite the hell leis and beautiful garlands which announce the upcoming Tet, is hell despite the flashy necklaces. It is hell ... Buddha is yet, no doubt useful. Her sweet smiling face seems to tell everyone: "Stop! Stop! NOT YOU SEE THAT DEBORDE CA?"

And then, I only referred to China Town on. I can not imagine what it takes for energy to nourish it, for her to drink, do it for their needs, so that it lights up, so it can be treated, for it is cultivated, for it thrives, for she lives. But is it a life that life?

(It was Herve, live from Bangkok Railway Station before taking the train to Chiang Mai.)