Crickets are very important in the Chinese tradition. They symbolize happiness and longevity. They are usually raised for fighting. Crickets also represent the eternal cycle of life. The Chinese custom is to offer a cricket in his Chinese cricket cage when someone moves into its new home. Our miniature cages are made from various material (wood, metal, bone), used as a way of bringing good luck into the home. 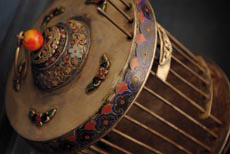 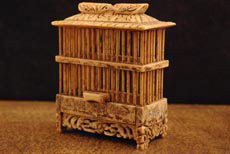 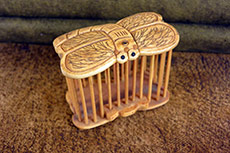 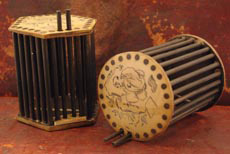 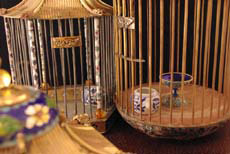 Cricket Culture in China encompasses a 1900 year history of both fighting crickets and singing insects. Two millennium of tradition which can be divided into 3 eras.

- Era 1: Before the Tang dynasty (500 B.C until 618 A.D): During this period people only appreciated the cricket’s powerful natural tunes.

- Era 2: During the Tang dynasty (618 A.D until 906 A.D), people started to keep crickets in cages and enjoy their songs while in captivity.

- Era 3: During the Song dynasty (960 A.D until 1278 A.D), the cricket was no longer used for its singing, but it became an insect fighting utilized for gambling. Since that day the Chinese perpetuate this tradition. In order to transport their crickets, the Chinese use cricket cages that can be made of wood, bone or metal. As the result of the prohibition of gambling in China, this tradition was lost in the middle of the twentieth century.

When it comes to Chinese superstition, the cricket plays an important role. Throughout history, they have resembled good fortune and intelligence. In fact, if a person were to harm a cricket, it was believed they would have great misfortune. Even today, in parts of China, the male cricket will be caged so people can enjoy the song they make.