Traditional Chinese medicine brings together the various ancestral Chinese medical practices. According to the WHO: "Traditional medicine is the sum total of knowledge, know-how and practices, based on theories, beliefs and experiences belonging to different cultures, whether they are explainable or not, used as well for the maintenance of health as for the prevention, diagnosis, amelioration or treatment of physical and mental illnesses ". We offer here jade tools (Jadeite category A) used in traditional Chinese medicine. We would like to point out that we only sell objects in real Jade stone and not in serpentine, aventurine or any other natural stone that may be related to it. All our tools and objects are unique and sold with a certificate of authenticity. The uniqueness of our tools and objects is explained by the fact that Jade stone is a difficult material to cut, which makes it impossible to standardize, both in shape and color, of our tools and objects. 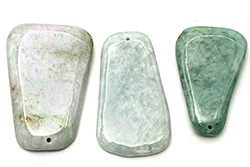 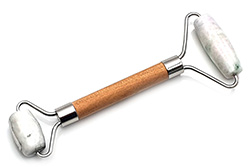 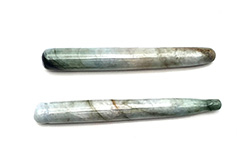 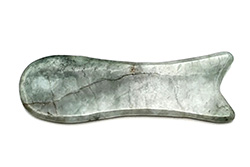 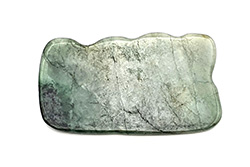 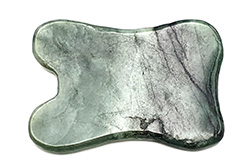 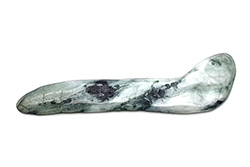 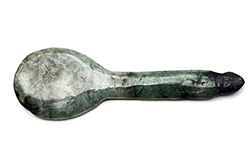 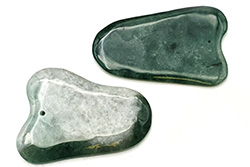 The different tools in real jade

Gua Sha is a tool used in traditional Chinese medicine to massage the skin. This ancestral Chinese technique arrives today in the world of aesthetics in Europe and France. Gua Sha in Chinese means "To scratch off sickness". Practitioners use a Gua Sha to massage the skin of patients. The principle is to rub the back, neck, face or arms with a jade or horn tool, with rounded edges, on your skin. This treatment has a firming and beautifying effect on the skin.

The Jade roller is an object inspired by the GuaSha technique. It will stimulate inner well-being as well as outer beauty. This tool will have many direct effects on your skin: Sensation of freshness, improvement of the dermis and a soothing effect. Unlike almost all Jade Roller that you will find on the internet, ours is in real jadeite category A

You will also find in our shop many Jade tools that you can use for acupressure which is also a traditional massage technique. A technique born over 5000 years ago that will rebalance Chi and by stimulating certain meridians, acupressure aims to improve a physical, emotional or mental state.

The virtues of Jade

- Jade has also been credited with many healing properties since Antiquity. This stone has been used in the form of ointments, ointments or elixirs to relieve the kidneys, cure colic, help sleep, promote pregnancy, fight canker sores, fight fever, soothe nervousness, reduce migraine or relieve cramps.
- The Chinese also believe that jade has certain powers that promote meditation, bring wealth, and allow one to acquire wisdom.
- This stone would also bring balance, beauty and harmony to the people who own it.

One day, one of Confucius' disciples asks him:
“Master, may I take the liberty of asking you why a good man considers jade to be the most precious of stones? Is it because jade is rare? "
Confucius replied:
"Jade is precious not because it is rare, but because the quality of jade corresponds to the virtue of a good man. It corresponds to virtues such as benevolence, wisdom, righteousness, decorum, loyalty and fidelity and it also corresponds to the principles of the earth and the heavens. Jade is soft and pleasant, just like the benevolence of a gentleman ... "

A legendary stone in South and Central America, jade has embodied the power and nobility of emperors since Chinese prehistoric times. Several polished jade objects have indeed been found on prehistoric sites. The objects carved in this stone were imported to Europe by the Portuguese at the beginning of the 16th century and quickly became very popular. They were also compared to Aztec jade objects brought back by the Spanish conquistadors. European jewelers began to make many jade jewels, such as bracelets, necklaces, pendants, rings or earrings. The healing and spiritual virtues of this stone have forged its fame through the centuries and all around the world. In fact, a Chinese saying goes: "You can estimate gold, but jade is priceless". Jade has several symbols such as the chastity and purity of women, or the absolute power of the Chinese emperors.