"Gold does not give so complex and wonderful drawings, no trasure jewel will shine like cloisonné". The motif is drawn on the vase and each metal bit of decoration is delicately bent with pliers to reproduce the drawing. In China the European technique of cloisonné was a popular treatment on Chinese boxes and vases. Foreign influence contributed to the development of cloisonné during the early 14th to 15th century in China. 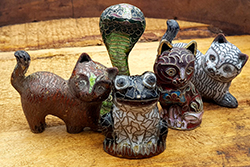 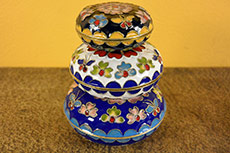 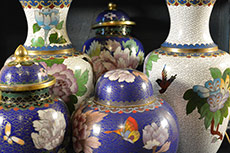 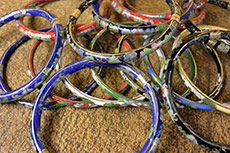 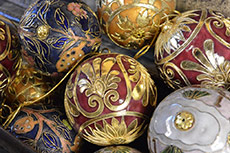 Among the variety of artistic expressions of China, Chinese Cloisonné Enamel is one of the most comprehensive traditional technique. This technique combine high-level of craftsmanship in bronze/copper, sculpture, drawing and painting.

The artifacts known as Chinese cloisonné enamel are typical of north of China (Beijing). Enamel technique originated in the Middle East. However, upon its arrival in China in the 14th centuries, it found significant potential for expansion among the Chinese elite. During the Ming Dynasty cloisonné reached a high level of sophistication and complexity.

Chinese vases and boxes made of metals were most of the time enameled to produce cloisonné, a technique which was imported to China from Europe. Thin copper wire separated the enamels in the surface of the product in order to create everything from sprays of delicate flower blossoms to phoenix or dragons. Its important to know that many cloisonné boxes and vases produced in China were made for export to Europe, in order to fulfill the European image of Chinese culture and aesthetics.