Accueil >
Blog >
Asia Travel Book >
On the banks of the Mekong

On the banks of the Mekong

Some children who bathe naked on a beach we are a great wave of the hand, a huge smile lights up their faces bronzed. There, a Laotian trying to catch with a net pole enough to eat. And then stops again. This time, no vendor of chips or buffalo ribs. It is we who unload, this time: rice bags, large boxes of appliances, crates Beerlao, a TV from another era that has just repaired the local Sligo with a hammer. 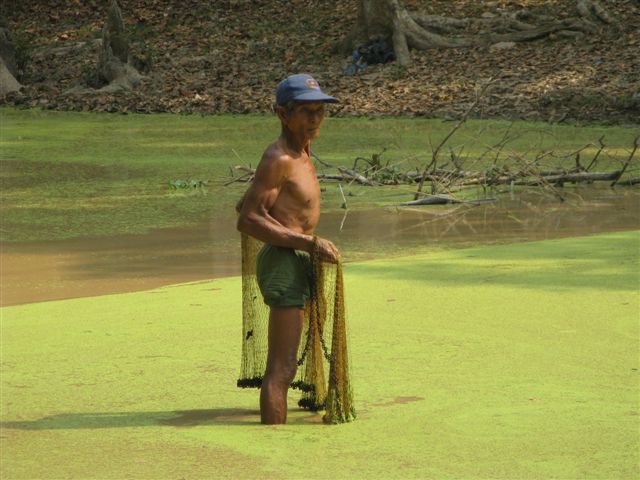 We took out the binoculars, history thwart future ambushes. In the impenetrable jungle bordering the banks arises a man with his machete.

"Ben would like! M'cherches you? Ben come! Come! You're just one hundred meters to cross whirlpool! And after we talk! "

My neighbor, who was smoking, to take an arrow in the shoulder which came nowhere (or "to nowhere." It's weird to write "which nowhere" since pronounced donation saisou. Must print some lexical-orthographico a tip that escapes me. Brief Go! is repeated! It should be taken care of wounded) is the neighbor who stumbles. With one bound, I snatched the arrow. Blood spurts. Shit! This bitch has everything con-arrow my words! That's what it is to help people at last! Too bad for the crosswords, sudoku I will! And while I sponge, Martine made a tourniquet which bichnick "Arghh! Arghh! "While drooling. A big Russian tourist starts to moan in a more approximate English:

"Shut up! Some people want to sleep here! "

Phew! The arrow is saved! But must clear out quickly (pretty redundant)! It smells like vinegar on the banks of the Mekong. Steve McQueen who left the bar to his sister came to inquire about the status of the injured. In passing, he asked my name and wrote in his notebook.

"If we get out, he said, get the Legion of Honor! My mother works at the Embassy of France in Bamako as a cook! "(I'm talking about Bamako because I started Amadou and Maryam between the ears). And Martine you! Will you marry me, darling? "

I told him that she is already taken and he had better return to the bar because his sister holds the handle as one would hold "the hose" in Thai toilet! 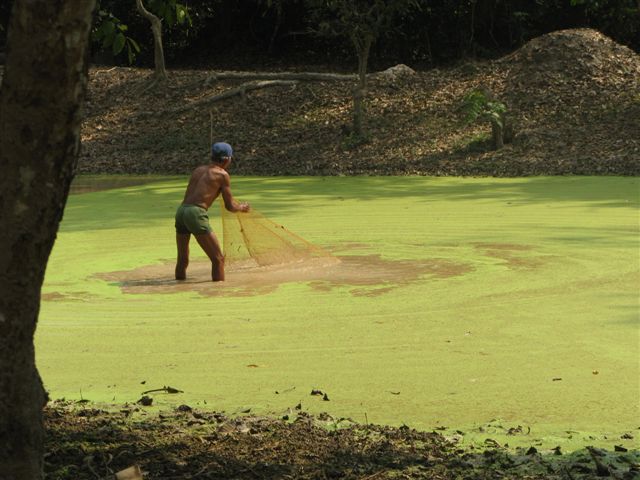 And in the glow of the evening appears Pakben. Everyone has regained his senses and we discover our city stage. I do not at all was made this idea. Pakben seemed to me to be as large as Luang Namtha. In fact, seen from afar, it looks arrival before a grand Chinese palace. This is not a city. The houses are built on the height, more than 50 meters above the present water level. These are just hotels, guesthouses, small shops selling everything. There are even "laughing cow"! It landed on the beach at 18 pm. It is almost night. This is a complete mess to retrieve her purse from the hundreds of Quechua Quechua bags because all international tourists traveling with a bag Quechua. (The company Quechua promised € 50 every time I write "Quechua" in this beautiful diary!).

Barely on the platform, a kid comes to approach us. In fact, it's not a kid: Khomeini 27 years and is the father of a little piece-of-chou of 5 years. (Nothing to do with the bearded man of the same name, not even distant family!) He offers to take us to the hotel from his aunt which is just above with a view, my friends, an absolutely wonderful on the Mekong. For 40,000 kip, (you divide by 12 000) should not expect the Hilton, or even at street Bellilois Joseph Lebris at The Palace!

For 40,000 kip, you have a room of 9 m2, a bed with a mattress fakirisé, coverage 'as new', a fan and mosquito net. All wood is patched. but there is still an electrical outlet: allowing me to recharge the batteries of the PC and affareil poto. Khomeini returned to us and is keen to sell me opium to manufacture and marijeanne from his store. He's very nice, Khomeini, but it begins to stick us too. He then wants to guide us to reach out to the miners and fishermen. As the evening progresses, it's booze Loaloa, this kind of whiskey developed with watermelon juice fermented and something that even Mimi The Bad Smell, the Viet Minh in Saigon, declined to reveal under torture.

After we sustentés a sweet and sour spicy buffalo a little, we decided to explore Pakben by night. The street lights are nonexistent. Only a few light bulbs shine that light the many bars and restaurants that line the street. And foreigners. Some children playing, a bike that goes, a dog crossing. The temperature is ideal. Starry sky, moon reflecting in the Mekong. Who could believe that last October, the river rose up ... in our room, more than 50 m above the present level? This brings to mind the current and especially the damage, victims and the misery that ensued ...

Sheltered ants mambalas and tiger mosquitoes in our screen, we find a well deserved rest after this extraordinary descent which will be discussed again in more than one hundred years ... if the prime rib with béarnaise sauce still exists! It was truly one of the finest moments of my life adventurer.