The concert in Lao

The small market Pakben is nothing transcendent! I say this as if I was already bored of this magical place of meetings. In fact, small markets are all alike. Here, the dominant dust and dirt is repulsive. Meat, tripe, fat, fish, chicken carcasses and grilled rats (great food in Laos) available to the view of passersby and especially flies. The kids run around but most work. At the bend of a bay, and after taking some shots, I reach for my Chinese card game ... And suddenly, the market becomes a circus ring for magician. It is primarily teenagers and small adults, and finally coming out to watch. Participants leave stunned, interrogative: "How is it, the Palang (tourists) to find her back the card that I had carefully kept in the game This game I beat conscientiously? "That's the magic!

Back to our hotel after eating a buffalo steak on the barbecue, my God! The buffalo had to run a lot ...

And now, dear friends and readers, what follows is not piqued beetles.

Our hotel, forgiveness, our Guesthouse, uh, no! The place where you sleep (it is more accurate) is made of wood, and as everyone knows, the timber forwards particularly well because the sounds used in lutherie! Well imagine you in front of where we sleep is a hotel, a real, hard. It was he who made me think of the Potala. Hotel, high atop the hill has two peculiarities. The terrace floor is tiled (allowing a wide dissemination of his ...) The second is that the terrace is partly covered, making a little sound box. And guess what's on the terrace: a sound! A huge sound system with speakers to make green with envy our Johnny National when he plays at the Stade de France. And just this evening: it is "great Tchoutchouka Lao at the hotel. Personalities from Vientiane (capital of Laos) have decided to organize a "Big Tefeu" tonight on the terrace, with Patrick Juvet local. If I resume, we are in a sound box made of wood, lying in ... the thing that serves as a bed, and within thirty meters of a latent-production sound for the time-of several thousand decibels.

Poom poom poom when the thud, thud poom poom poom started we got up to a jump in our bed. Me, I thought a malevolent spirit had torn my heart! Poom poom poom thud .... and here Patrick Juvet who begins to sing, no! Who starts talking, no! Which starts screaming into the microphone. We looked with Martine and we said together: it will last how long the Tchoutchouka?? Lao is either deaf, or it's me who's esgourdes sensitive that the medicine was recognized as completely unacceptable. It is therefore the Laotian who is deaf!

God of God poom poom poom of thud. False, of course! Especially when Donna Summer sings! Poom poom poom thud: a horror! The Lao Patrick Juvet would presented at the hearing of the Star'ac, it would be spent immediately bloopers season. Poom poom poom thud! We imagine that the Americans during the war prisoners had to endure as torture. These people are completely crazy. In our bed, despite the noise plugs or MP3 in the ears, each stroke of "thud" is torture. You got your whole body trembling. Patrick Juvet screaming louder than ever ... and is silent at last! But the "song" just ended, he begins telling his life in a microwave for about ten minutes. One gets the impression that he speaks to his wife in his laptop and he yells because she forgot to buy a bottle of Loaloa at the grocery store. 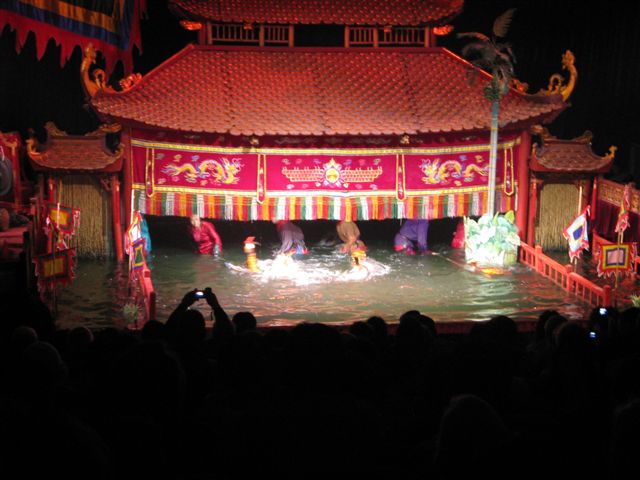 The successful march: 10 minutes of music of paranoia followed by 10 minutes of haggling ... and all the music on the same rhythm: poom poom Poum thud! Poom poom poom thud! To believe that Patrick Juvet knows only one speed! One gets the impression that the sound is in the room, you sleep on it! No! Not on! Inside!

Enough! Enough! I will tell all! In the next room can hear people laughing, as we! Better to laugh than cry! And it lasts ... although the hotel people did not applaud at the end of each piece! One also wonders if they are not all dead ... and finally, after yet another song, Donna Summer embarks on an endless speech. He probably thank those attending, the hotel manager and even the Viceroy of India for allowing us to measure the content of his musical range. (Poom poom Poum thud! Poom poom Poum thud!) ... and he concludes his speech with a huge "Sabadee! "That even the seismographs had detected in Guadeloupe!

And as "Sabadee! "Wants to say goodnight, we will finally get out of our trenches, remove the caps, the wounded and bury our dead.

I thought at one time there might be an encore, even a ter? No! Lao known to moderate ... and we thank him. The best things come to an end!

I almost get dressed and go find Patrick Juvet to have her sign a contract for July 14. Because you see, my brothers, we need to recognize the talents, all the talent ... and even those of Patriiiiick!

Anyway, one thing is clear: although the latest CD or Patriiiiick gondolas in all of FNAC, I am not a buyer ...