Martine at the Wha Pho Buddha: (you pronounce Houat, as the island and pot, like the one under your bed.)

It's like a mosque, church or synagogue but for the Buddhists. Buddha is great. Buddha is everywhere, we even found one that was lying just 45 meters long and 15 tall. A Buddha made ​​of gold, which looks at you with those big eyes like any kind: it is called the What Phot. 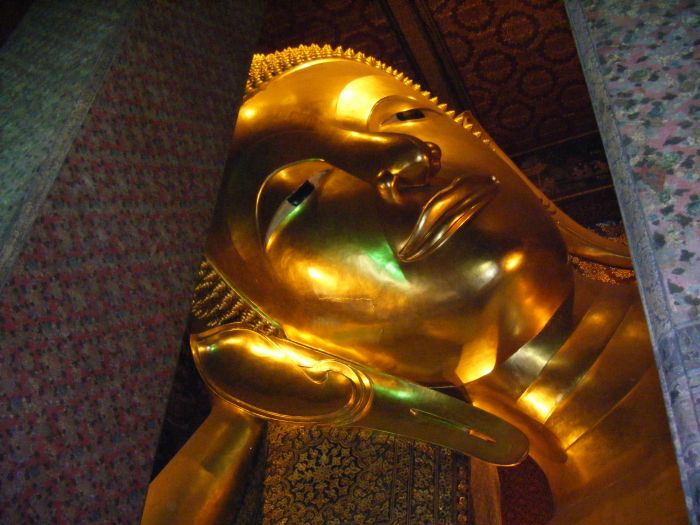 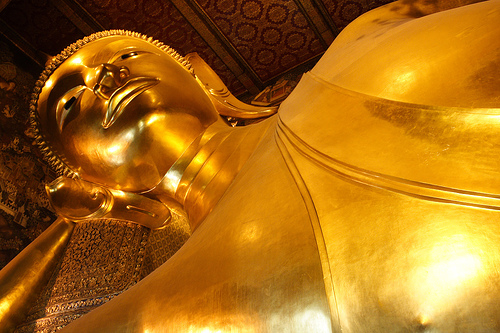 Around the Wha Pho there is a long corridor people do some offering prayers and takes photos. Wha Pho buddha feet are as big as a house gable. (Normal: 45 meters long, the cushy!) But the comparison stops there because the soles of "Wha Pho" is inlaid with million pearls, representing millions of small Buddhas and sages who meditate well. We hear "tic tic" everywhere. These are some believers that shook a small can of bamboo rods which protrude from the same wood numbered. You pick up the first rod falls to the ground .. Then you will remove the text of fortune which is the number, you read it, and you're happy. In this regard, I give you one of these messages:

Just like a flower, blooming under the angry sun, but managers to look fresh. Like a little bird learning to fly in a strongwind, falls down to the ground. Life would be enjoyable in the future. Patient recovering. Not likely to find a good mate at this stage. Legal case not favorable. Some good lucks exist. Despite somehardships at present, would be better not too long. 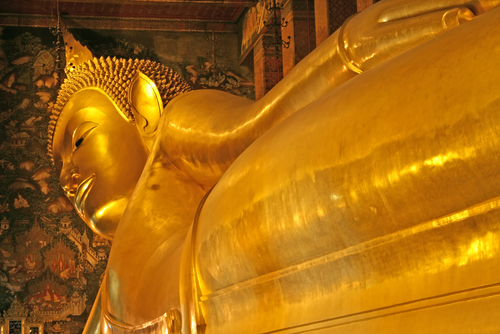 After you go buy a small piece of gold paper which you glue on the Buddha that you want to honor you-have-choice, you can burn some incense sticks, or put a small candle, you join hands, you pray, you fall down and then you can go home.

We was met Noiy and Ao who told us how it went in the temple. We exchanged our addresses and when they come to Belle Ile en Mer (in France) in a future life they we will cook some crèpe (kind of pancakes) for them, we'll drink a shot of cider and I'll take a ride in a canoe because we too we known how to receive people . I will make a beef rib with béarnaise sauce and chips with "a little top-Medoc (red wine)" because that is my religion! ... and they will not be on target!

And as it was Sunday, the Phot What has been visited by several processions which one, dedicated to children. Some girls we met were particularly well made ​​up. Probably did it take several hours to families to dress, the hair ... and paint them that way (there's no other word). So the Buddhas, we saw full, with their friends the monkeys, elephants, dogs, lions, octopuses, rats. Y'avait even pigs, gazelles, stuff with lots of arm and pointed hats, turluttutu! 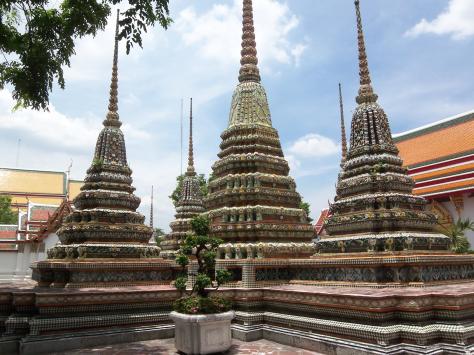