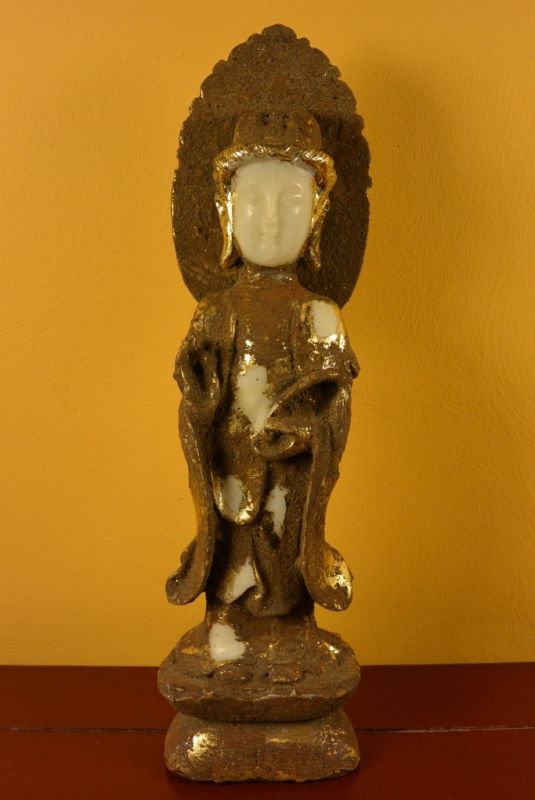 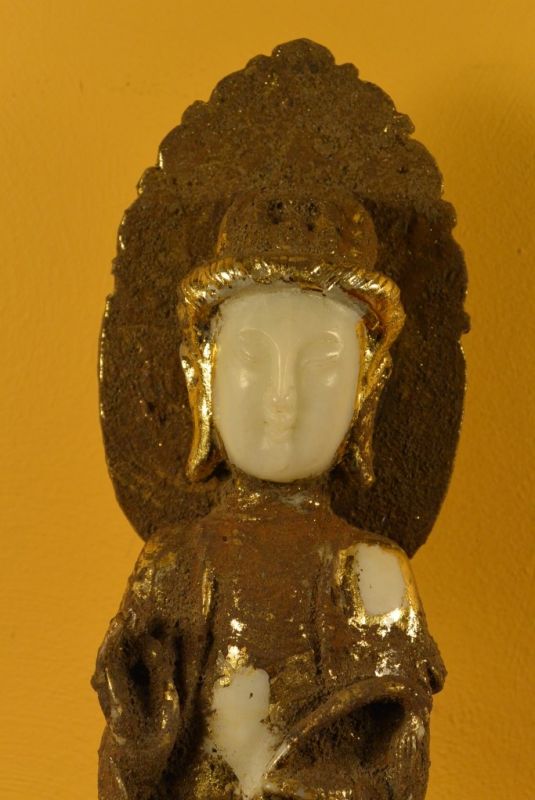 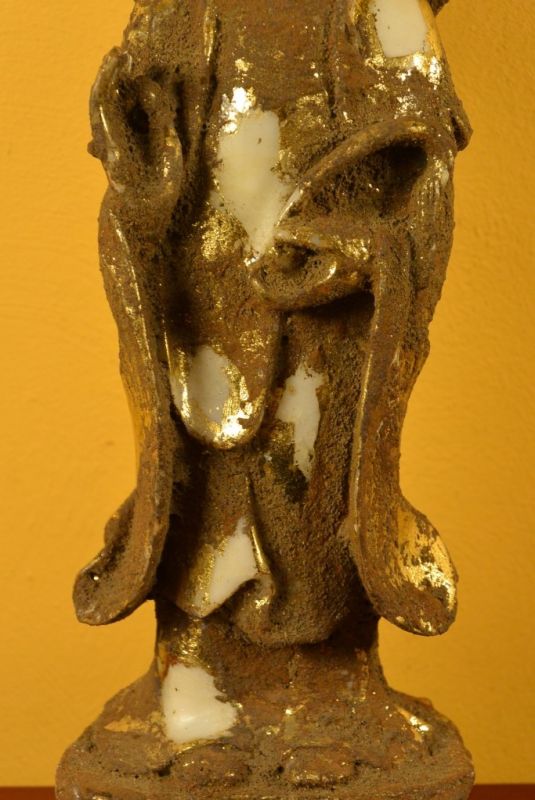 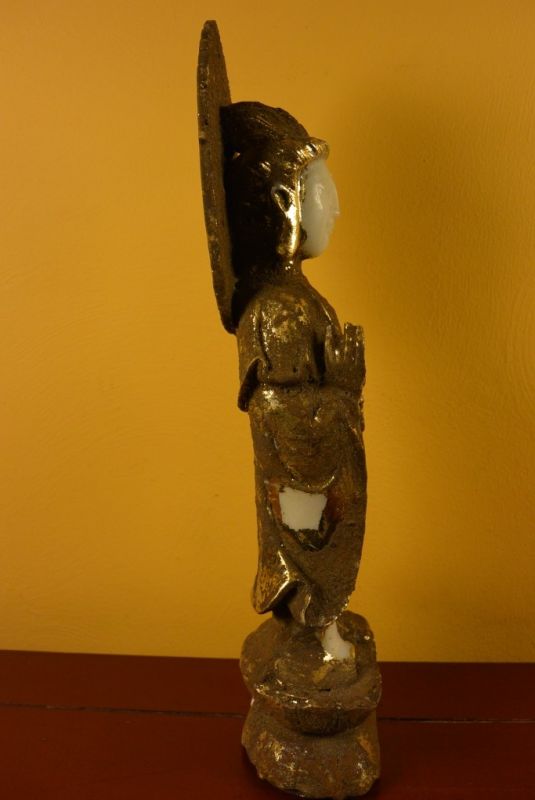 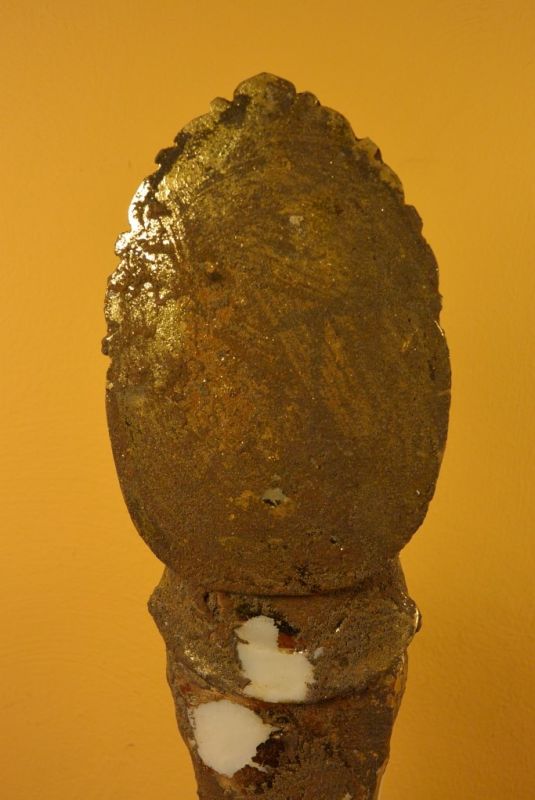 - Chinese Statue of Buddha in Jade, in a meditation position.
- Our Jade statues represents Bouddha, goddess Guanyin and Bodhisattva. The Bodhisattva are the people who decided to follow the path indicated by Bouddha.
- This Chinese Buddha is in meditation position (no mental restlessness), he wears simple clothes that are not too tight at the waist and at the sleeves in order to not disturb his meditation.
- The Buddha is in lotus position, he has a straight back (His torso is vertical and its spine is right), each foot are on the opposite thigh and hands on his knees.
- This is an old (50 to 70 years old) reproduction.

- The Nephrite Jade is a silicate of lime and magnesium very common in China.
- The Jadeite Jade rare in China (often imported from Burma) has grown during the Ching Dynasty "Emperor Qianlong." It is a silicate of aluminum and sodium.
- The color of jade varies from white to dark green(almost black). It is possible to found different color of Jade: White, black, green, pink to blue (the color changes depending on the amount of iron oxide, and chromium oxide).

One Day Zi Gong sought advice from Confucius, "Teacher, may I take the liberty to ask why a gentleman considers jade more precious than precious stones? Is it because jade is rarer?"Confucius answered, "Jade is precious not because it is rarer, but because the quality of jade corresponds to a gentleman's virtue. It corresponds to such virtues as benevolence, wisdom, righteousness, propriety, loyalty, and trustworthiness, and it also corresponds to the ways of the heaven and earth. Jade is mild and gentle, just like a gentleman's benevolence..."